Looking for the Lords of Salem 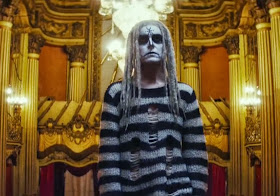 October 11, 2013 — When Rob Zombie was filming his horror movie The Lords of Salem in Salem the winter before last, I followed the local reports pretty avidly. I just liked the idea of one of the spookiest dudes on the planet filming spooky stuff in one of the spookiest cities in the country.

As to Zombie’s work in general, I wax and wane on him. I like the fact that he exists. I enjoy listening to Dragula. I think House of 1000 Corpses has its moments and The Devil’s Rejects is one of the best-crafted, most disturbing horror films of modern times. And, honestly, unlike every other person on the planet, I think I even remember liking Halloween II. I just thought that its fatal flaw was that Zombie brought Michael Myers’ baggage into it instead of making an original monster to go with the original story.

And I was definitely excited for The Lords of Salem, but mostly because it gave me an excuse to do Salem in a new way…by watching a movie about Salem, filmed in Salem, in Salem. And then visiting some of the filming sites.

Except that I did it backwards. 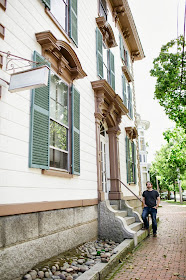 Obviously, I wanted to watch the movie at night, kicked back, scented candles wafting molecularized pumpkins into my nostrils, and drinking whatever liquid autumn we had on hand. That meant we spent the afternoon leading up to the movie searching out a few of the Salem filming locales.

But telling the story that way would be confusing to write, so I’m going to start with the movie, end with the sites.

I got to watch the movie in Salem thanks to our close friends, Becky and Hans, who live right in the middle of all that bewitchery. And they’re big horror fans. And general weirdos. We met them during our stay at the Lizzie Borden House, back when none of us lived in New England.

Anyway, they reside in this kooky 18th century building right on the red line of the Salem Heritage Trail. We were there too early to see their Halloween decorations, which they usually go all out for, but not too early to use them for a gimmicky OTIS Halloween post.

So before I talk about the movie, I should probably tell you that I watched it over the course of four Woodchuck Fall ciders laced with whipped-cream vodka. Do real film critics have to make those kinds of disclosures?


The plot is the same plot of every witch movie in the history of witch movies. A curse from the original and actual witches of Salem, the eponymous Lords, starts coming to pass in modern Salem.

As to whether it worked, let’s just say I could see why some people hated it, some people were intrigued by it, and some people found it bland. The first two responses you’ll get from any given Rob Zombie movie. The latter’s a surprising one.

I mean, we should have seen it coming from Halloween II’s white horse, but with this movie Zombie zagged from his usual violent exploitation, throwing back to the trippy horror movies of the 60s and 70s, back when horror was allowed to be trippy. As a result, there’s a lot of vagueness, a lot of hallucinogeneria, a lot of scenes-for-scenes sake. And not a whole lot of story or meaning.

None of that is reason to hate a movie. It’s just that on the question of whether Zombie successfully pulled off what’s essentially a mood piece, I’m not so sure. But you never can tell with these types of movies with just one watch, so I’d have to see it again. Maybe on only three of those cider and whipped vodka concoctions.

I am glad to see Zombie stretching his demon wings a bit, as well as to see a horror movie with no character under the age of 45…even if a lot of them do get naked.

But I was mostly relieve to see that I didn’t miss any of the major Salem filming sites.

So let’s start with the obvious one.

The Essex Street Pedestrian Mall/Derby Square area was featured in the movie multiple times, as it should be. I mean, it’s Salem’s signature space and the place you want to be during October, where the pedestrian mall is lined with vendors and street performers and costumed revelers. Even the Bewitched statue there made a cameo in the movie.


About two blocks away from Derby Square is another filming location, the Engine House. This small, fire-engine-themed pizza place is located at 71 Lafayette Street. It’s only featured briefly in a collage of scenes where a series of women react to hearing a mysterious tune over the radio. In fact, I probably would’ve skipped visiting it had I known that it only had a small part, but then I’d of missed out on some good pizza. 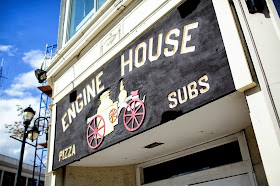 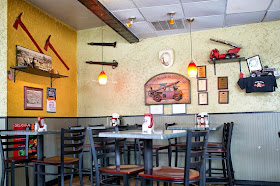 We also visited Greenlawn Cemetery which, by itself, is not that interesting of a cemetery as far as they go, but now that I know that Sheri Moon and some faceless thing leading a goat walked there, it becomes a much more interesting cemetery to me. Again, not a pivotal scene, but I’ll grab onto any excuse to visit a cemetery. 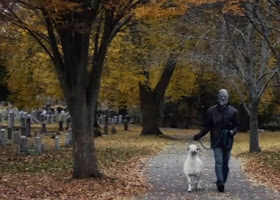 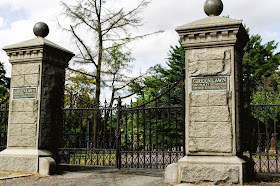 But honestly, even if I skipped downtown, the restaurant, and the cemetery, this mission would have been a success as long as I found the house.

Most of the movie takes place at a spooky-looking residential building. It’s three-stories tall, blocky, white, with brown trim and green shutters. Anywhere else, the house would stick out far past being a movie filming locale, but on Essex Street, it’s just about par. Heck, just about a block down on the same street is the Ropes Mansion, featured in Hocus Pocus. You can find it where Essex intersects Hamilton Street.

The house was built in 1850, and seeing it up close, you could definitely tell its age.

Of course, only the exterior was used for filming, so the bleak, dark wallpaper featured in the movie was just part of a set. Based on these interior images from Zillow, it’s not too gloomy a place, although it does have a strange hallway mural. 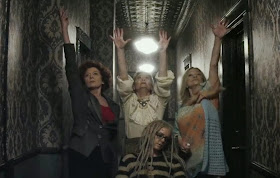 Anyway, from here on out this house is the Lords of Salem House to me, regardless of how I eventually come down on the movie, and it’s just one more bit of macabre interest for a town that’s already bristling with it.


And I think, with this article, overuse of the word has caused "Salem" to lose all meaning for me.