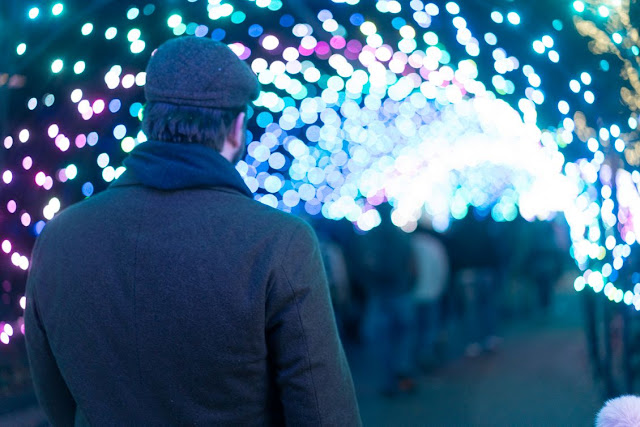 December 21, 2021—We decided to skip Thanksgiving this year for various reasons and just do a big week-long road trip. To nowhere in particular. That drive ended up being some 2,200 miles down through the Mid-Atlantic, as far south as North Carolina and Tennessee and back to New England.

We planned to see oddities all along the route but needed a farpoint for the trip. Something to wrap a U-turn around. A centerpiece for the drive since we had no Thanksgiving table for one. We wanted that farpoint to be Christmas-y and really drive the carving knife into the turkey’s heart. So, almost at random, we picked Dollywood for its Smoky Mountain Christmas. 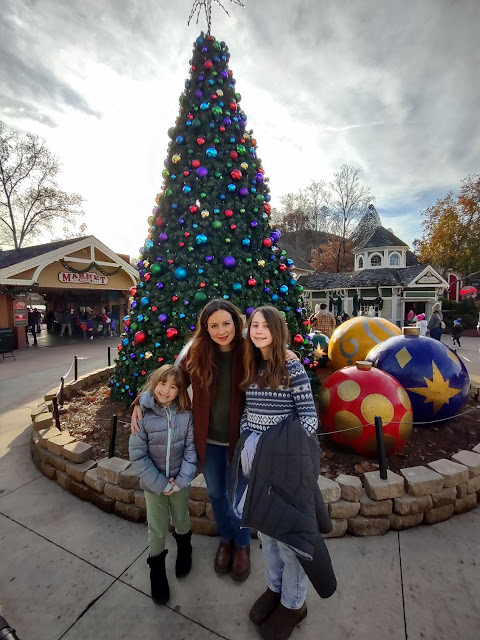 For the event, they string five million holiday lights across the park, candling them up to an intensity that the astronauts on the International Space Station get inspired to whip out the freeze-dried fruitcake and aim their telescopes at the North Pole.

It’s a small park, and it was more crowded than we figured it would be, but it was the right temperature for sipping hot chocolate as we wandered. A lot of the usual family theme-park pressure was gone since we were there for the lights and not the rides or shows. Although we did so some rides as we waited for dark to fall. Also spent a good deal of mediation with our three children of three different heights and ride tolerances. 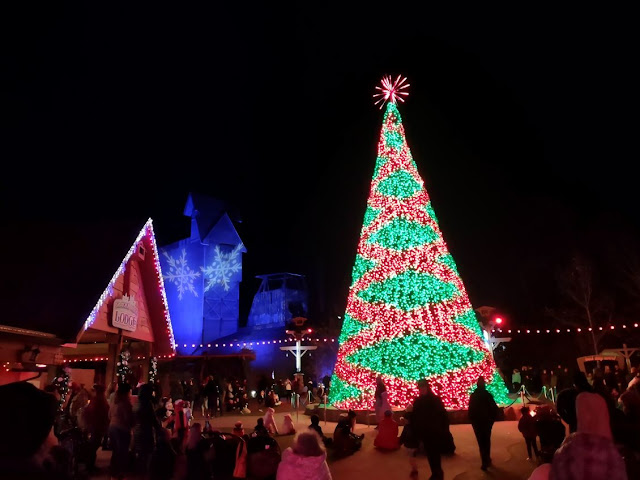 Then we had the moment. We were on our way to the exit, when we wandered into this courtyard with a giant tree, all lit up. The lights were changing color and forming patterns and pictures to illustrate a story being told over the loudspeakers. Something about bears and Santa. It wasn’t really listening. Just enjoying the lights and watching my kids grow mesmerized, something that always delights me and one of the few things that make me feel father-y.

At the end of the story, Dolly Parton’s voice piped in, twanging a Merry Christmas to us all, while snow machines blasted the night and lights with tiny white suds, while the kids pranced with their hands out as they quickly became speckled with white.

It was a good moment for all of us. Thanks, Dolly.
And Happy Holidays, OTIS readers! 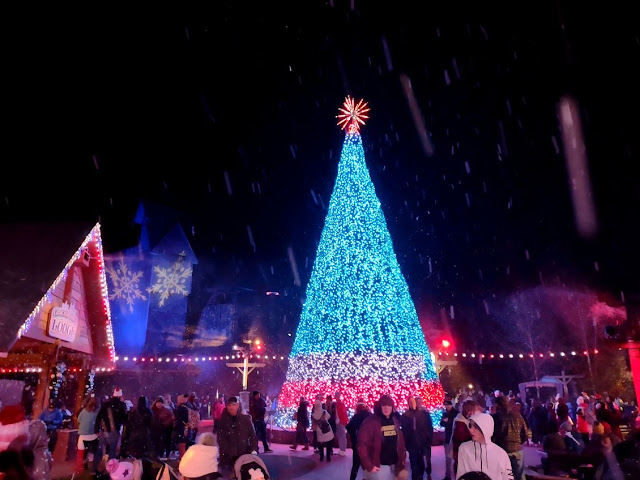 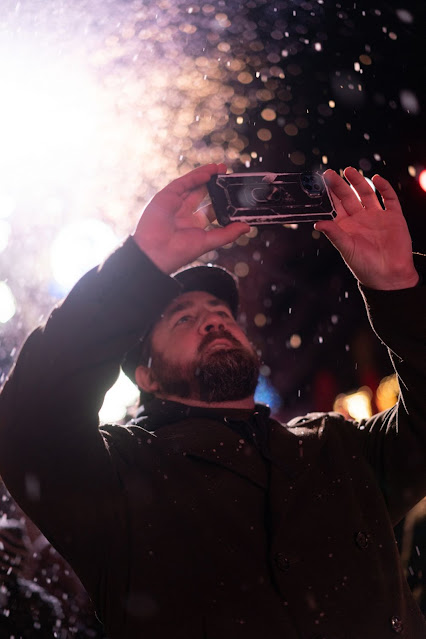 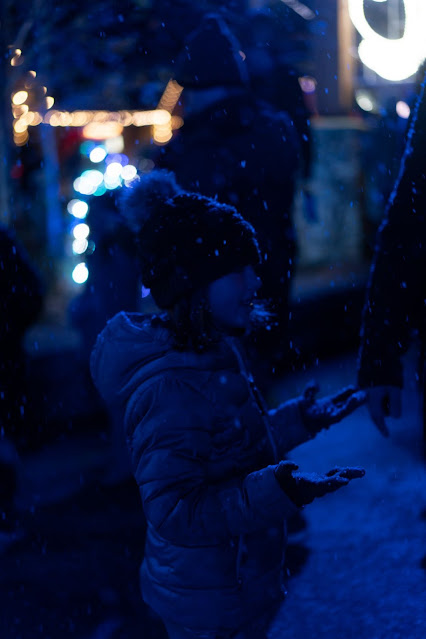 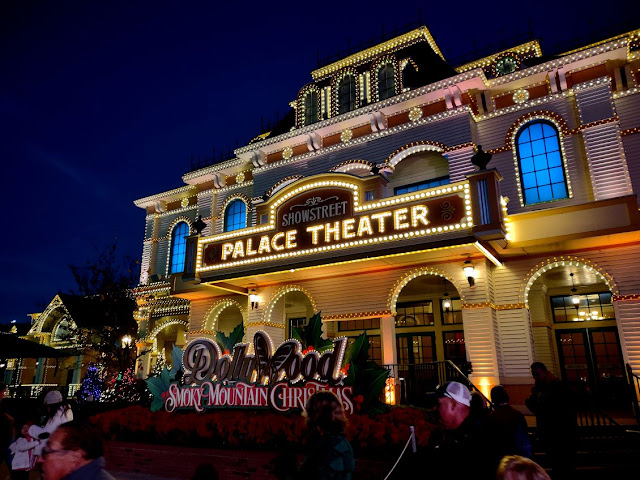 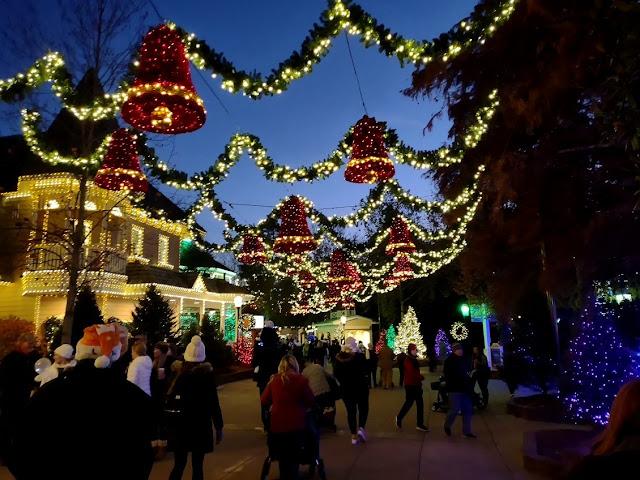 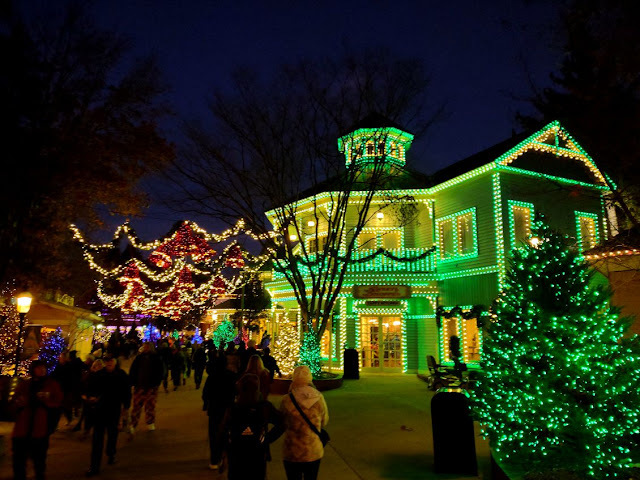 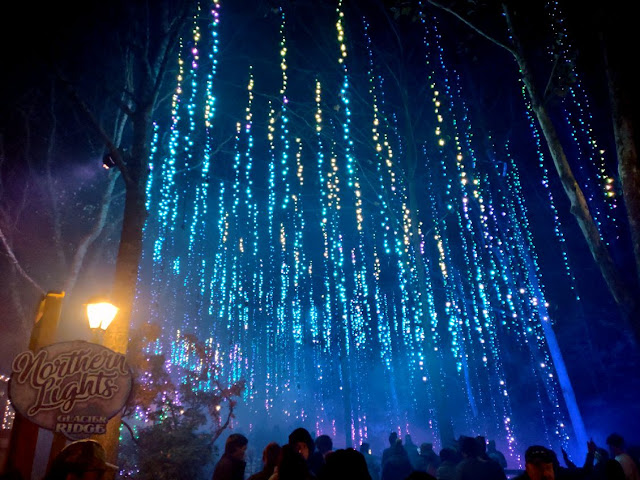 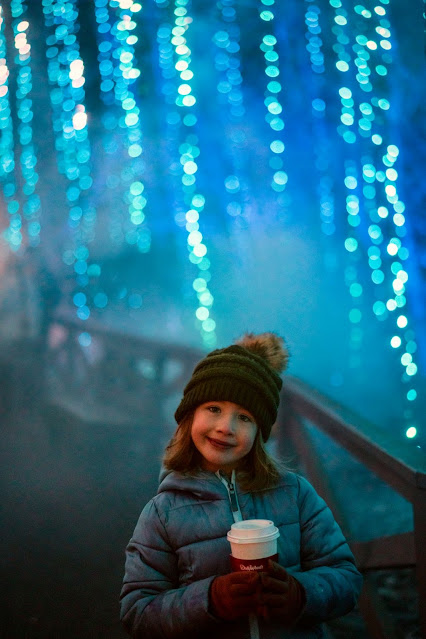