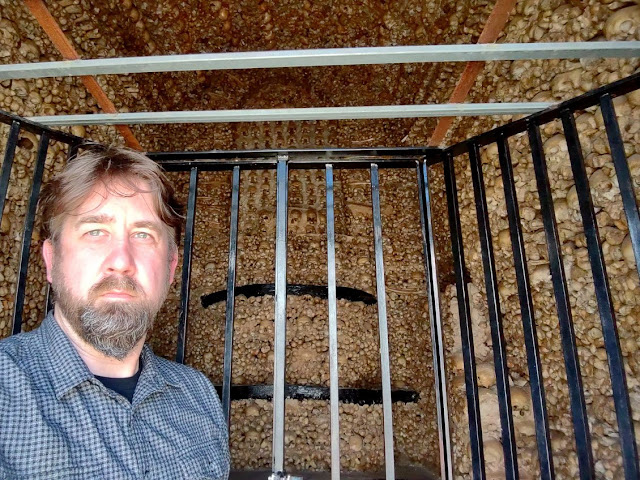 November 3, 2021 — I read my brother’s suicide note for the first time inside a chapel in Portugal made of human bones. I learned about his death three hours before.

The Capela dos Ossos (Chapel of Bones) is a small room on the side of the Igreja Matriz de Nossa Senhora da Conceição in Alcantarilha. The church’s ossuary was built in the sixteenth century and is encrusted with the skulls and bones of 1,500 people that were pulled from the church cemetery and stacked and interlocked like morbid Legos. 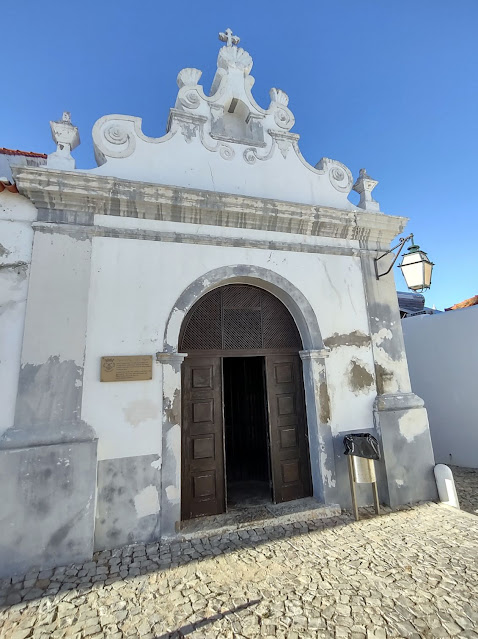 I was in Portugal for work. I learned about Kevin’s suicide at 2 pm on October 7. It was 9 am back home. I was in my room with a sudden free hour due to a client cancellation. I was considering heading to the Capela dos Ossos because I hadn’t left the resort grounds since my arrival, and it was my last chance to do so. I was flying home the next day.

That’s when I received the frantic call from my wife. “You need to call your dad right now,” she said, tears distorting her voice. “Why?” I asked, tears instantly distorting mine, although I had no idea what her next sentence would be. It was: “Kevin killed himself.” 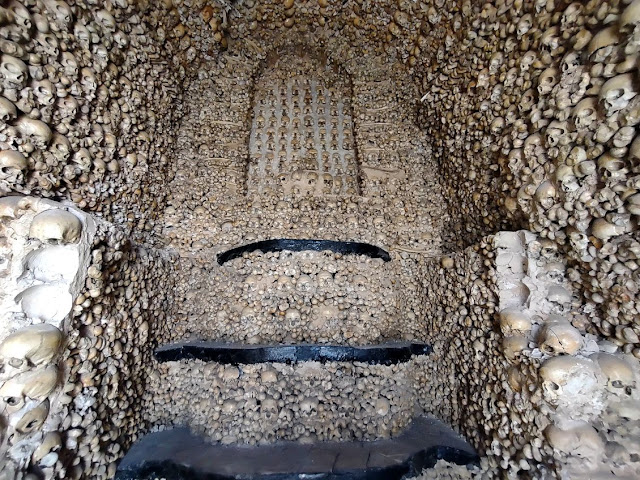 My call to dad was as frantic, at least on my end. But he was still in the throes of the discovery. He ended the brief conversation with, “The EMTs are working on him.”

The EMTs are working on him. That one phrase felt like a time machine. Like waking up after a nightmare where something irrevocable happens. Like an incantation that makes everything better. It gave me so much hope.

But that hope was a tangle of barbed wire spinning in my stomach. For half an hour, I paced the tiled floors of my room, pain in my gut, tears in my eyes, chaos in my brain, but filled with the sudden, certain clarity of what I should have been doing for the past three years. It was so simple. So easy. So obvious. Just text him every day. Be his friend. And that’s exactly what I would start doing once the EMTs resuscitated him.

Thirty minutes later, I got the text from my dad. “He died. Was dead when they arrived.”
Kevin was 18 months younger than I. Because we were so close in age, we lived identical lives for many years. We knew the same people, had the same teachers, played on the same sports teams, went through the same experiences. We moved a few times during our adolescence, so it was often the two of us walking into a new situation together by ourselves—new schools, new neighborhoods, new towns. We also went from living in the same bedroom in our first decade of life to living in the same townhouse in our third. There are memories that only Kevin and I share of all the people on the planet.

I can’t say we were best friends, though. I can’t even say that we were close friends, honestly. But we were brothers. Uniquely bonded and comfortable with each other regardless of context and time and situation. Sometimes that meant we felt redundant to each other. Sometimes it came in handy to always have somebody to watch TV or go to the movies with. Sometimes, we were more competition than anything else—for toys, for friends, for attention. Sometimes, we were just familiar presences to each other. But we always existed together.

We weren’t the same, though. Our interests and personalities were different. I was better at academics. He was better at people, more gregarious. He made more friends in the one semester of college that he could stomach (the same college I went to), than I did in six years of higher education. He also jumpstarted his life way before me, even though I was the older one. Found a career, moved out on his own, almost got married.
Our lives officially diverged in 2008. We had been living together in a townhouse in Fairfax, Virginia, for three years. I had gotten engaged and was moving to New England. He moved back in with our parents in Maryland. He was traveling 70% of the time for his job, so he decided to save the rent money for a while.

And then he got a random bad bounce. In 2014, a stupid little blister on his foot turned into an amputated toe. That amputated toe eventually became an amputated foot. Three years ago, he received a leg amputation from the knee down. He lost his job. Found himself marooned in my parents’ house. Was in constant pain. Meanwhile, I lucked into good bounces—marriage, kids, book deals, career, house. My only real bad bounce was a cancer diagnosis in 2010 that ended up being a million times easier to treat than his foot blister.

I mostly stayed out of his medical situation. It was complex enough that you had to be all in on it or risk being an annoyance. Plus I had a family and demanding work and was 500 miles away. I got updates on his condition from him and dad and mom. The two of us texted a few times a year, for birthdays, as prep for Christmas. Every year, I saw him on Thanksgiving and Christmas, and then for a week in the summer when we would pick crabs on the back deck of our parents’ house until our fingers bled.

Once I got that text from Dad, I looked at my flight options. Everything was twelve-hour layovers in London that barely got me home earlier than the already scheduled flight the next day. That meant I was stuck in Portugal. Those 21 hours alone in that resort room were the worst of my entire life. Nothing I’ve experienced has ever come close to that loneliness and agony and sorrow and impotence. Imagine learning something that melts your bones and erases your past and then being in stasis with that information. No desperate hugs, no communal grief, no distractions, no loved ones, no comfort. Just you and that awful news orbiting each other in an unchanging limbo in a strange room in a strange land.

After three hours of that torture, I needed out of that room. I Uber’d to the Capela dos Ossos. Dad sent me Kevin’s suicide note en route. He found it after the EMTs, the police, and the coroner had left.
I read the jpeg on my phone while being stared at by the empty eye sockets of more than a thousand ancient skulls. The note was…comforting, maybe? No, not comforting. It just didn’t make me feel worse. It wasn’t bitter, it wasn’t melodramatic, it wasn’t sentimental, it wasn’t judgmental. It contained no rationalization nor explanation. It was addressed to dad, who had been his caregiver and his closest friend since mom’s death, two years after Kevin’s first infection. The note focused on how great a father he was. He mentioned me once: “Don’t even tell Jason until after his trip.”

The usual agonizing mysteries that come with suicide (Why did he do it? Why didn’t I see the signs? Could I have stopped it?) don’t apply to my brother’s suicide, I don’t think. He was in pain. Extreme pain. All the time. Had been since his first amputation. And it had grown worse in the past three years since losing half his leg. He was on powerful and dangerous drugs, but they weren’t doing it for him. Possibly as important, he didn’t have a situation he was trying to get back to. He hadn’t worked in years and didn’t have his own place or family to endure for, hadn’t carved out his own square of Earth. He mostly sat in a chair in my dad’s living room and played video games and watched TV. When I saw him, he seemed foggy or in pain or nauseous, although sometimes he seemed, not fine, but stable. Not the old Kevin, but still Kevin. The few moments of pleasure that I personally witnessed in those later years were the interactions with his nieces and nephew, three of which were my own children. 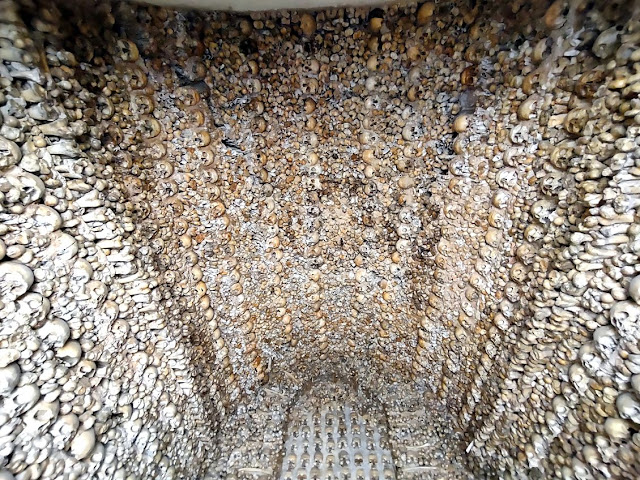 My first thought in that room in Portugal once the cement certainty of his death had knocked me to the floor was that I failed him. I said this phrase to myself a hundred times through clenched teeth, eyes burning with lava tears as I paced back and forth in that room. Eventually, my brain formed a more accurate thought, a more horrific thought. Failure was too noble a word. I didn’t try hard enough with him to fail.

Don’t get me wrong. I have some measure of pragmatism in my pain. I don’t think I could have done anything to stop him, other than maybe in a Butterfly Effect kind of way or possibly only temporarily. There were forces pressing on him that only he could have parsed enough to persevere through. I just could have had a lot more conversations with him over the years. A mere text a day as he sat in that not-so-easy chair waiting for his next doctor’s appointment. A years-long ongoing conversation. That’s it. Why didn’t I?

It makes me wonder what other things I’m profoundly fucking up. Who else am I wronging without meaning to? My heart is small, always has been. I’m rarely inspired by causes. I’m bad at being a friend. The close friends I do have are usually still with me through their own heroic tenacity. But I should have made more room for Kevin. Of all people.

And comfort is of little comfort for me. Anytime my wife, my kids, my friends, the distance and distractions of my New England life make me feel better, I’m immediately cognizant that this type of comfort is exactly what Kevin needed.

The last time I saw Kevin was in August. We ate a bushel of crabs, all crusty with Old Bay, on the back deck in Maryland. Dad was there. So was Lindsey. All my kids. Barry. Some of his kids. It was a good memory. If I got to choose my last moment with Kevin, that would have been a good one. Was a good one. 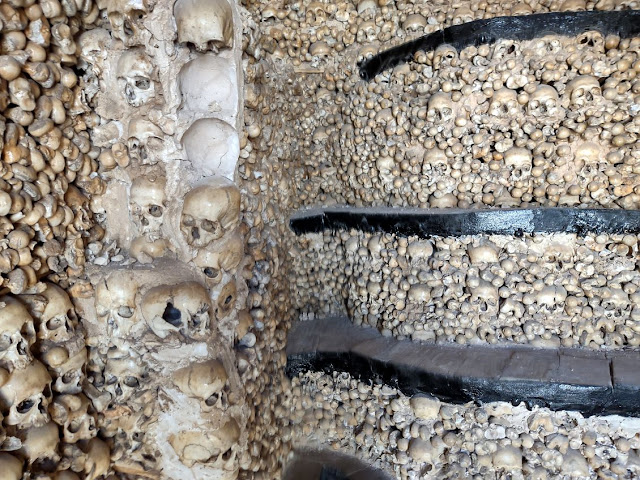 We spent the week after his death at dad’s house. I brought with me Lindsey and our youngest, who was just a couple weeks shy of three years old. In the dining room was a framed photo that showed 18-month-old me holding a newborn him, like some broken promise, no idea about the end of that story, four decades in the future. My three-year-old kept looking at his empty chair and asking “Where’s Kevin?” Except that she can’t pronounce V’s yet so it came out as “Kehwin.”

I helped clean his stuff out. I took home a couple of his watches, some of his books, a pair of his Timberlands, a few notebooks he wrote in. Mementoes of him personally. I also took a ceramic turtle that had been my mom’s and which was in the bathroom at the house. Its big, cartoony eyes were the sole witness to Kevin’s suicide. That, and a framed quote that read, “Before you go to bed give your troubles to God. He will be up all night anyway.”

That last morning in Maryland, two weeks since I’d seen my own house and my other two kids, we woke at 4:30 am to drive the eight hours home. Used to be, when I got up that early at my parents’ house, Kevin was in his chair, sometimes snoring, but most times in a bleary wakefulness, watching a movie or playing video games.

But the living room was dark. His chair empty. And that’s the real pain. No soul-searching needed for that one. The kid I watched Saturday morning cartoons with, opened Christmas presents every year of my life with, beat each other senseless at Mortal Kombat for hours on end with. He wasn’t there. He just wasn’t there.
Share
‹
›
Home
View web version