The Devil and Anthony Bourdain 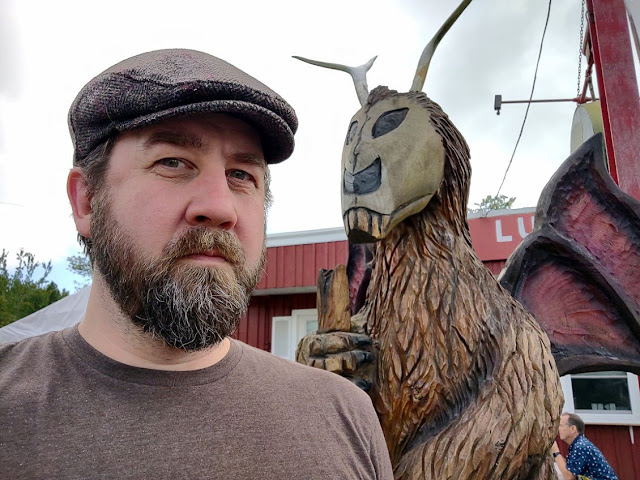 September 30, 2021 — Anthony Bourdain sat here. Where I was sitting. Not the exact seat, but just down the short counter of this tiny diner in New Jersey. And you know what he talked about? The Jersey Devil.

The Pine Barrens of New Jersey have been on my oddity list since Day 1 of OTIS. All because of that Jersey Devil. But I just never got to them. Not in a decade and a half of OTIS. And the reason is solely because I thought to do them right, I would have to camp there. And I wanted to do them right. I wanted to brave the eerie stillness and vampire bugs of a spooky forest with only a thin layer of nylon tent between me and the hoofed feet of an airborne demon that had been haunting the place since colonial times.

But camping, as so often happens, just didn’t happen. However, this year I got a new excuse to visit in a different way, an easier way: My cryptid book project. 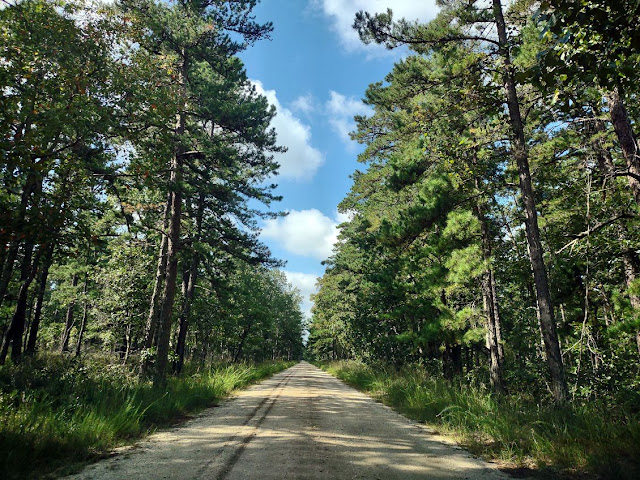 For this book that I’m working on, The United States of Cryptids, I’m not looking for cryptids. I’m looking for places that celebrate cryptids. You know, places with festivals and statues and placards and museums. Where local spirit has nothing to do with sports and everything to do with that one week in the 1970s that something weird stalked the town. That meant I could cruise around in an air-conditioned car, blasting the Misfits at top volume, and seeing how the Pine Barrens treated its resident devil.

And…I didn’t find much. And that’s fine. It’s such an ingrained myth that it seems almost redundant to physically incarnate it. But I had a failsafe. I made sure I started my journey at Lucille’s Country Cooking in Barnegat, right on the eastern edge of the Barrens.…because they have a wooden statue of the Jersey Devil in front of their diner. 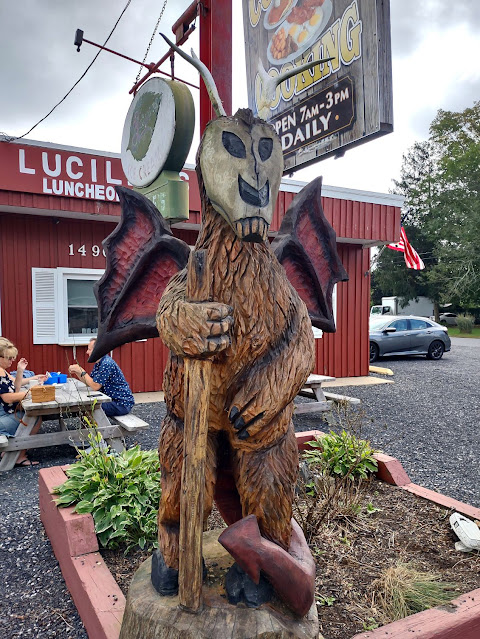 I got out, took pictures of the monster, and then went in and grabbed a stool at the counter. It’s the photos on the wall that tipped me off to the Anthony Bourdain connection. Later that night, back home in New Hampshire, I watched the episode of Parts Unknown (S5:E6) where he visits and was delighted that he discussed the Devil. After I finished up my German omelet and toast, I bought a Jersey Devil t-shirt and headed out to the dirt roads, forests, and towns of the Barrens. 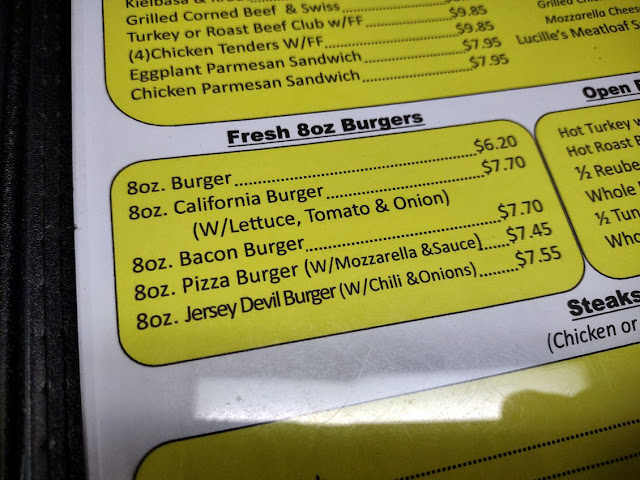 Of course, you know me, I didn’t just drive at random. I charted a few unrelated-to-the-Devil oddities to see as I went. Like the death marker of Captain Emilio Carranza Rodríguez. They called him the Mexican Lindbergh because of all the flying records he set before the age of 22. And he didn't have an after 22. On July 12, 1928, the young aviator was flying from New York to Mexico City when, Bermuda Triangle-like, he hit a storm above the Barrens, crashed, and died. In 1931, a marker was dedicated to him on the spot of the crash. 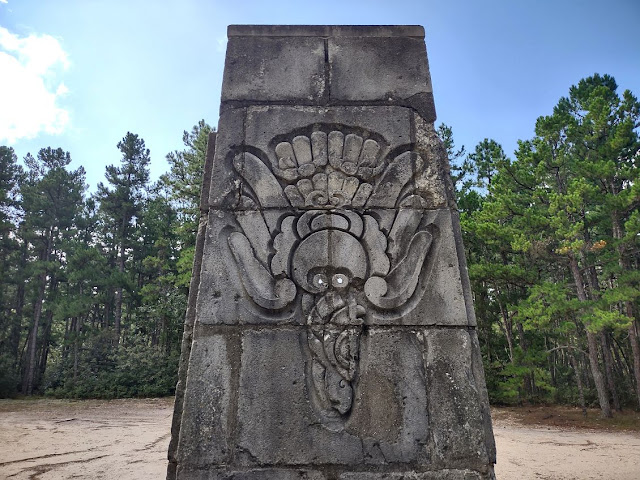 I also visited the heavily graffitied ruins of an early 20th century brick factory that was the site of four different immolations (two of which were a murder-suicide), in addition to rumors of a witch and a warlock. You can see photos and read my account of that place here. Cool site, and my only disappointment being not finding any Jersey Devils graffitied on it. A Jack Skellington. Ghosts. Skulls. Eyeballs. Penises. But no Devil. 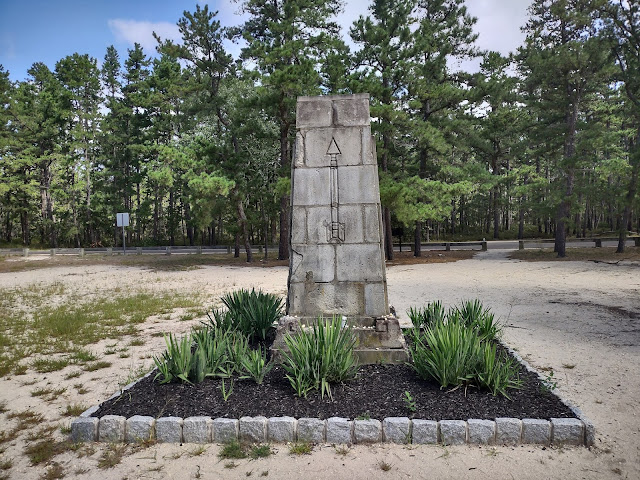 But I was not disappointed by the Pine Barrens, even though “casual Saturday drive” wasn’t how I always expected I’d see them. However, one day I will camp there and I will strain my ears for the beating of leather wings in the night and I will try not to think of the movie The Last Broadcast. 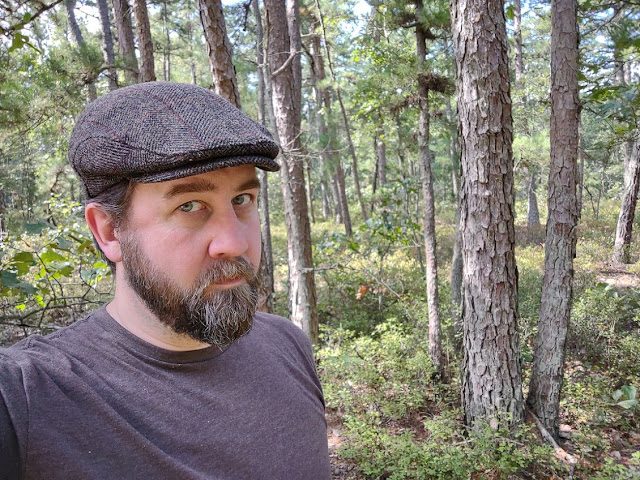