Home, Home on the Midway 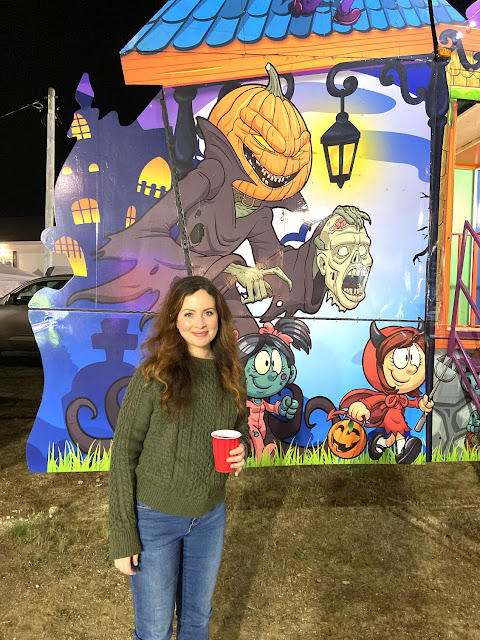 October 4, 2021—My wife had been at the fair for a good 20 hours when I and my two youngest daughters met her at the gate. She didn’t look like she’d been at a fair for twenty hours. She looked laid back, refreshed, not coated in midway dirt, and not even a trace of a “I hate crowds” look on her face.

She led us through the record-breaking throngs at New Hampshire’s Deerfield Fair to the place she had slept last night, a camper parked beside a popcorn vendor and just down the road from a row of carnival foods vendors—caramel apples, fried dough, cotton candy, Italian sausages, dogfood bowls of curly fries. I had never camped like this. 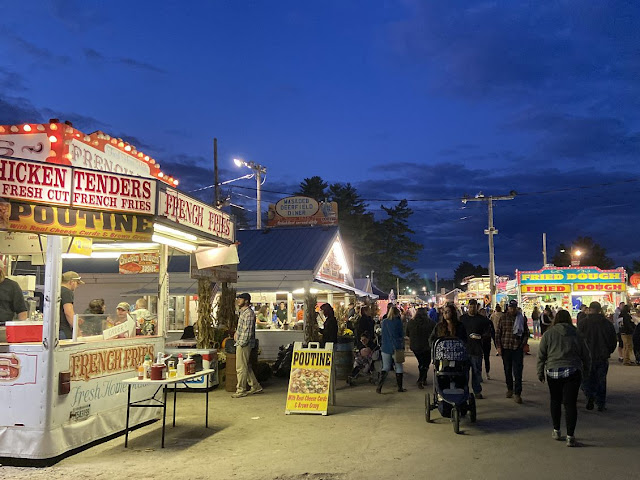 Lindsey was spending two nights at the fair with our oldest kid and a friend and her kid. Inside that camper were beds and a bathroom, a microwave and refrigerator, tables and couches, TV and Wi-Fi. Outside, they set up a couple of camping chairs to people-watch.

Deerfield Fair is huge. It’s been an annual tradition in the state since 1876. In 2019, 125,000 people visited over the course of four days. Then the 2020 version was cancelled for COVID (hence the record-breaking crowds this year). Beyond all that, the fair attracts so many people because Deerfield has everything you want in a fair—giant pumpkins, animal barns, rides, food, shows, events. I’ve written about it twice in the past twelve years of the OTIS Halloween Season. I wrote about our first visit in 2010, and then, in 2018, about the time I spent 7 hours there. At the time, I thought it was an impressive stretch. 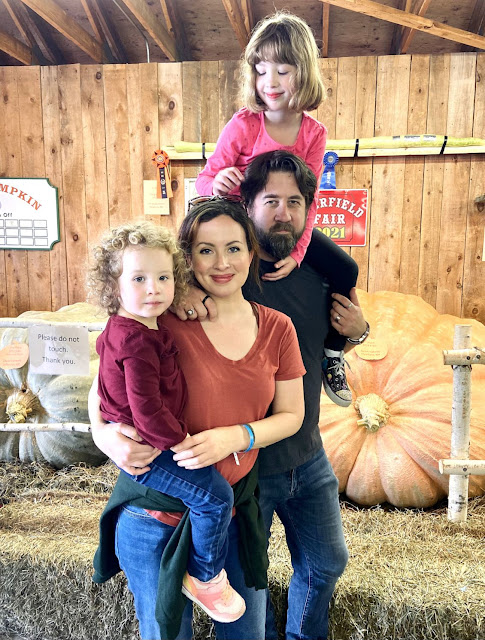 Of course, It can be overwhelming and exhausting and you can get sick of crowds fast at any fair, but certainly at big fairs like Deerfield…unless you have a home base right in the middle of it all. A private spot with all the modern amenities. And your own bathroom. Where you don’t have “still have to get out of the parking field and drive home” hanging over your head the entire time you’re there.

Seeing that private piece of the fair reminded me of when we stayed in Salem for the A Season with the Witch book. Everybody talks about the crowds and the chaos of October in Salem. And they’re not wrong. But that wasn’t our experience because anytime our tolerance for walking across cobblestones or suffocating in the middle of mobs lowered even a broom bristle, we could always duck back into our house mere blocks away to lie down on a couch and watch Hocus Pocus and eat popcorn balls in private until we were ready to step out into the party again. 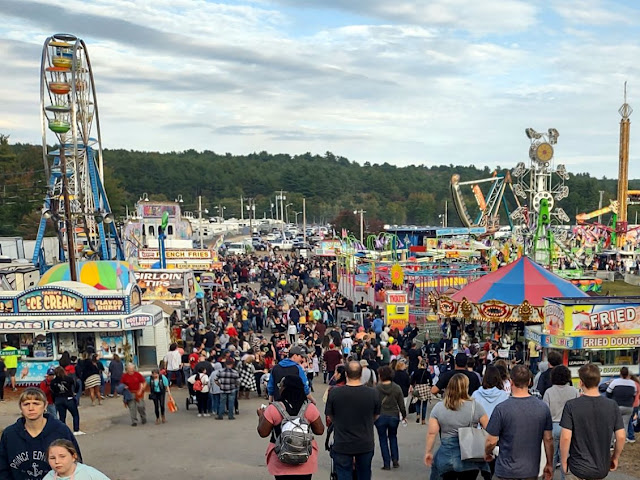 When it was time for me and the two youngest to return home, it was a strange parting. The three of us loading into the car. Lindsey and my eldest melting back into the crowds as the fair prepared to transmogrify into a nighttime fair. They were heading into an adventure, I was ending one. I was jealous. But that’s only…fair. 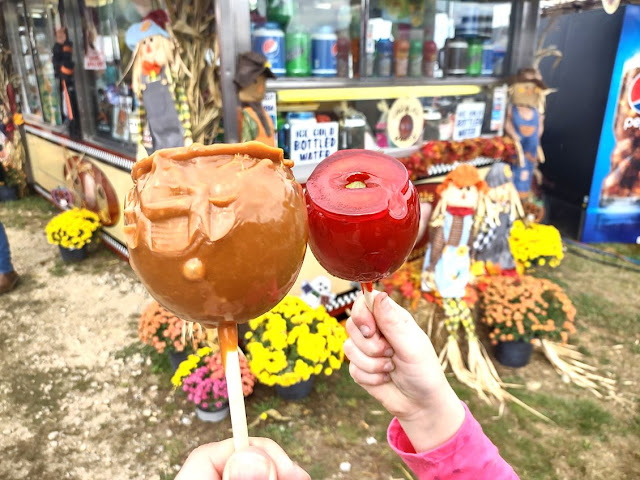 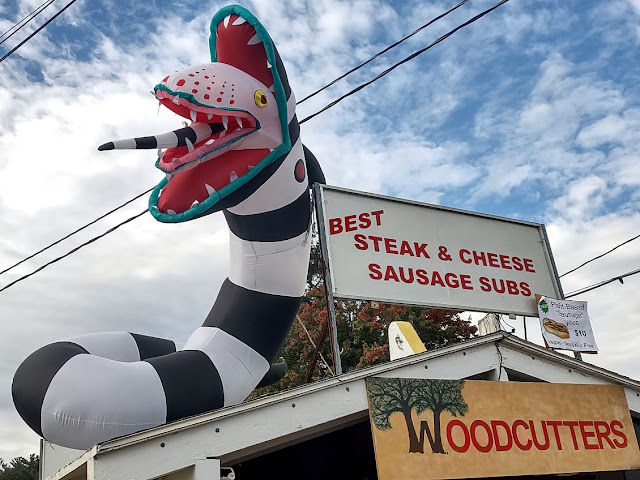 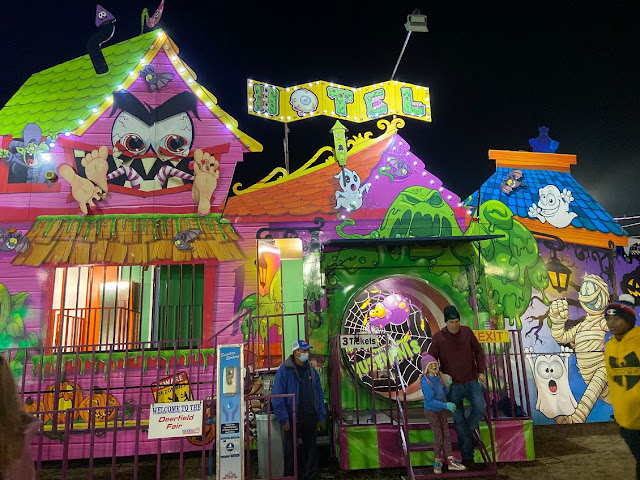 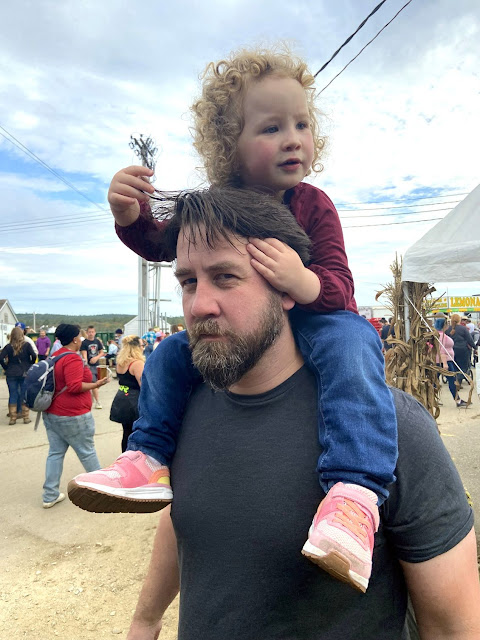